Provenance of Financial Family for Forbes Book On American Notables

Men Who Are Making America, by B.C. Forbes

A gift from the author, book plates reveal some of the history absorbed by this tome. One can almost imagine it's neighbors on the shelf, and the hard-working men who shared it's room.

Along with the biographies it contains, this book features more men who made notable contributions to their country.

Starting with the inscription:

"To a Present day Maker of America, My friend, A.H. Wiggin, With Cordial regards,B.C. Forbes"

Facing this inscription is an ex libris bookplate for Albert Henry Wiggin (1868-1951), featuring the family crest and motto "Suae Fidei Semper Fidelis." He was a significant player on Wall Street, chiefly as president and chairman of Chase National Bank. Not bad for one who started as a bank runner!

Verso of the inscription is a set of bookplates, showing that Mr. Wiggin passed this book to his son-in-law Lynde Selden. These plates show that the owner spent time researching his heritage. The blended family crest includes the phrase "Liberty above all things." This hearkens back to the 8,000 volume donation to the Bodleian Library (Oxford) in the 16th century by John Seldon (1584-1654), English scholar and law historian.

A round Ex Libris overlaps the more traditional bookplate with his full name and what looks to be a Danish phrase: "Ik Mak Sikker." One could easily believe this a reference to the ancient Selden motto that translates as "To suffer is best" (Optimum pati). A financier like his father-in-law, Lynde Selden (1892-1972) was Vice Chairman of the American Express Company and served as director for several other companies.

Perhaps then this book was passed to Lynde's son, named for the original recipient: Albert Wiggin Selden (1922-1987). Although not in banking, this Yale graduate made significant contributions as an American theatrical producer and composer. 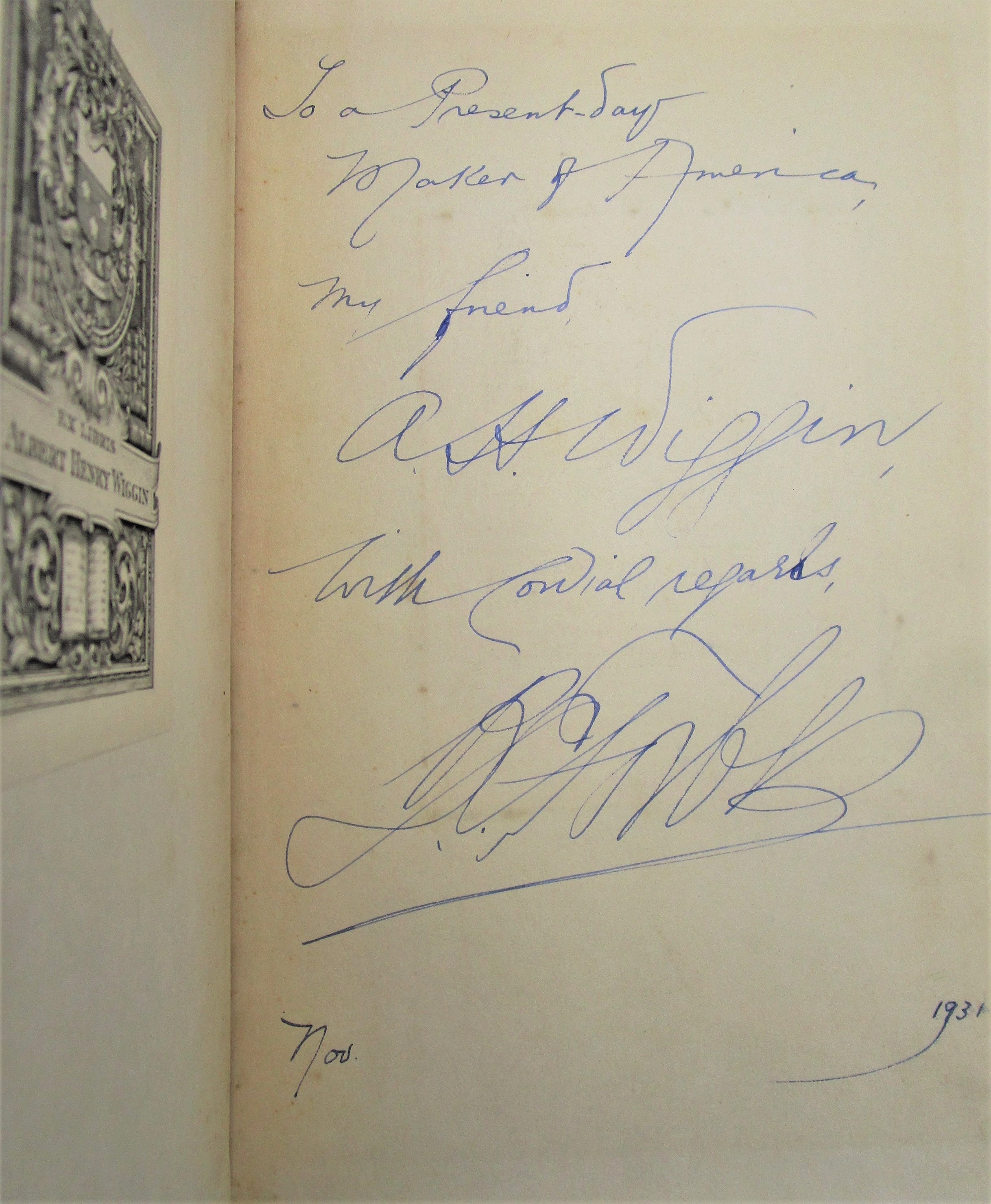