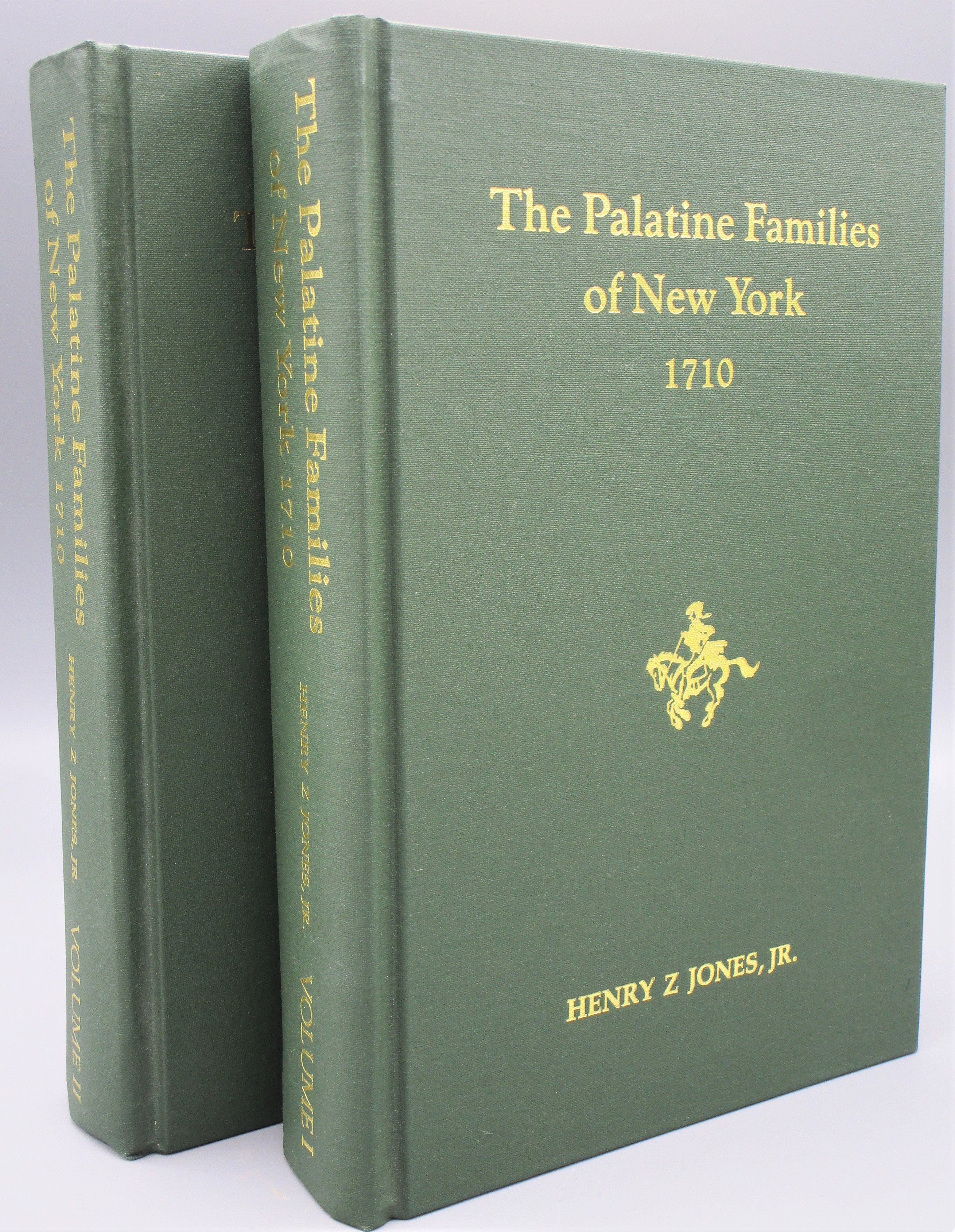 The Palatine Families of New York: A Study of the German Immigrants Who Arrived in Colonial New York in 1710

Both volumes present in excellent condition and minimal wear, with bright gilt on spine and covers. A handsome addition to any library.

In 1709 the once wealthy farmers of the German state known as The Palatinate (German: Pfalz) in the middle Rhine River region, were desperate. Their lands had been "under dispute" by different countries, whose soldiers were ordered to raze the land and buildings. The residents abandoned their homeland for the long uncertain trek to England after hearing a rumor that the queen was giving away land in the new American colony. Over 13,500 people fled to London--where officials struggled with the sudden influx of population. England was overwhelmed by the sheer numbers, and eventually had to turn away later refugees.

Eventually, 3,000 people on 10 ships were sent to colonial America. Out of those numbers, 847 families made it to NY, with most forced to labor in work camps to pay for the ocean voyage. Eventually they were able to make their own way in the New York region of the American colony.

This book traces the New York colony families and their names back to Germany in extensive detail. Valued as a reference of German migration of 1709, American immigrants, and colonial America, this a must-have for the many descendants of these people.

Volume 1: Sixty pages of intro are followed by 14 pages of photo repros of docs, places and people of note.

Volume 2: Opens with 10 pages of photos, before continuing extensive genealogical information on 847 families that immigrated to NY. Last pages ~150 pages include some additions, resources and a fine print index of people and German places.

EDITION POINTS: These self-published volumes are the presumed First Edition, based on an informed internet research.

We invite you to view our Shipping & Ret,urns policies, or to contact us with any questions. 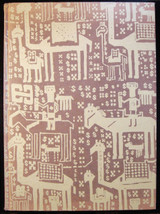 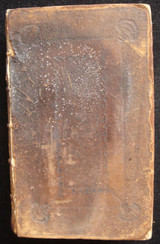 REVIEW OF THE CASE OF LITURGIES AND THEIR IMPOSITION, by Benjamin Robinson 1710 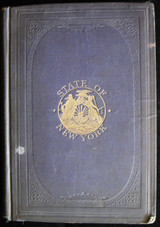 THRILLING ADVENTURES OF HUNTERS, IN THE OLD WORLD AND NEW, by Henry C. Watson - 1853