Translation: The Cookbook: Including The Household Kitchen and The Grande Kitchen

This book was written for both beginning and professional chefs, containing roughly 500 recipes, illustrated with inline B&W drawings and full color plates. Index and illustration list at end. The first section is dedicated to household cooking, dealing with simple cookery and offering recipes anyone can attempt. In the second section on haute cuisine the author focuses on the developments and finer details of cooking techniques.

For the author, the fundamental difference between his book and all previous cookbooks was the inclusion of quantities and cooking times for each recipe, allowing readers to replicate his recipes with precision. Earlier cook books expect readers to guess measurements and timing. This seminal example changed the way recipes were presented, and his example has been followed since then.

By dividing his work into two sections--the Cuisine de Ménage and the Grande Cuisine--Gouffé establishes some fundamental principles of the culinary art. "In the introduction to the second part, when he explains what great cuisine means to him, Gouffé makes a point of saying that all 'those who expect grande cuisine to be bizarre, pretentious or strange will be disappointed. It is not his wont to pave the way to error and ambitious cheating of which the culinary practice is all too often infested'."

This book is historically interesting for including information on kitchen utensils used in the second half of the 19th century. [Telecharger Magazine]

Precise recipes and clear techniques likely contributed to this being one of the most popular books of the late 19th C. It is also valued for the numerous illustrations and full color plates, setting precedents and inspiring chefs for over 150 years.

"This book contains the fascinating illustrations by artist Marcel Ronjat. The engravings and marvelous still life paintings were intended to describe how some of the recipes presented in the book actually looked when prepared. These images evoke a cuisine that is no longer familiar to us and seems to come from a distant past but in 1867, it marked an important turning point in the development of the culinary art.” [Fine Dining Lovers]

Jules Gouffé (1807-1877) was known as the “apostle of decorative cooking.” He was a French chef and patissier who had a profound influence on French cooking, and is held in high esteem by many famous chefs, past and present. He is also referenced by researchers in molecular gastronomy. After a remarkable and public career in cooking and baking, he stepped away from public life and wrote several famous and impactful books on cooking.  [Wikipedia] 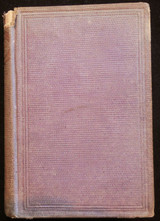 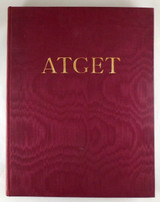 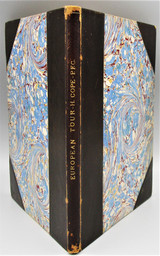 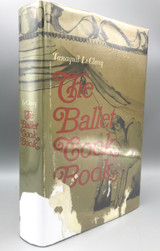