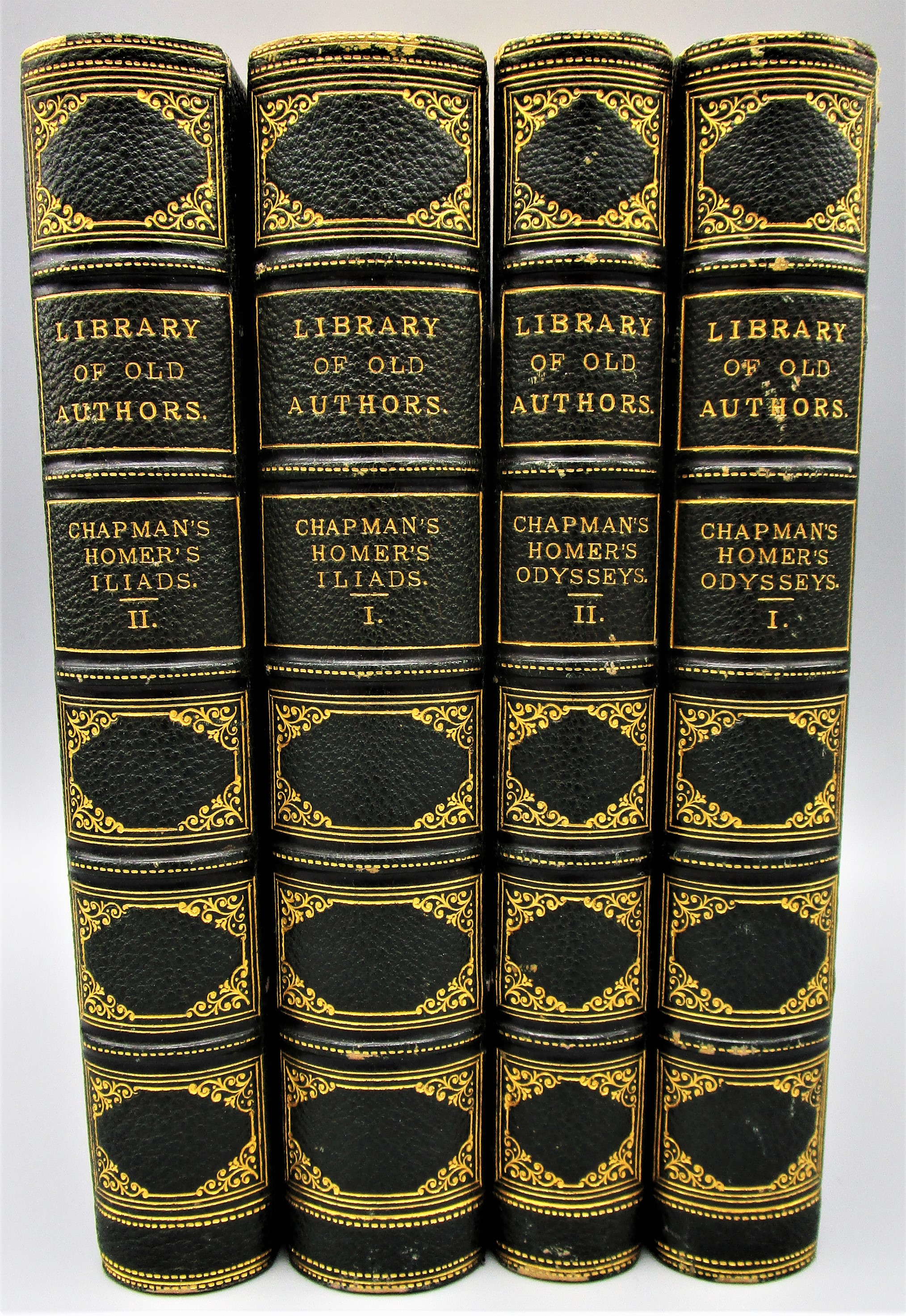 The Whole Works of Homer, Prince of Poets, in his Iliads and Odysseys:

* The Iliads of Homer, Prince of Poets, never before in any Language truly translated, with a Comment on some of his chief Places. (2 vols)

translated from the Greek by George Chapman

Four Volumes. London: John Russell Smith, 1857-1865. This edition is from the Library of Old Authors.

Handsome 19th century fine binding with leather, bright gilt and raised bands, that includes what appear to be facsimile reproductions of the original edition's illustrations.

Homer (850 BC - 800 BC) is the legendary author of two of the greatest epics poems of Ancient Greece, The Iliad and The Odyssey. The first poem, The Iliad, is set during the ten-year Trojan war and has as main subject the quarrel between King Agamemnon and the warrior Achilles, and their adventures. The Odyssey relates the ten-year journey home of Odysseus, king of Ithaca, after the fall of Troy.

George Chapman (1559-1634) was an English dramatist, translator, and poet whose works show the influence of Stoicism. His version of Homer's works was the standard before that of Alexander Pope in the 17th century. 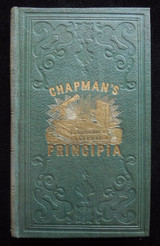 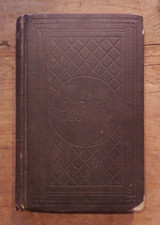 CLAREMONT; OR, THE UNDIVIDED HOUSEHOLD - 1857