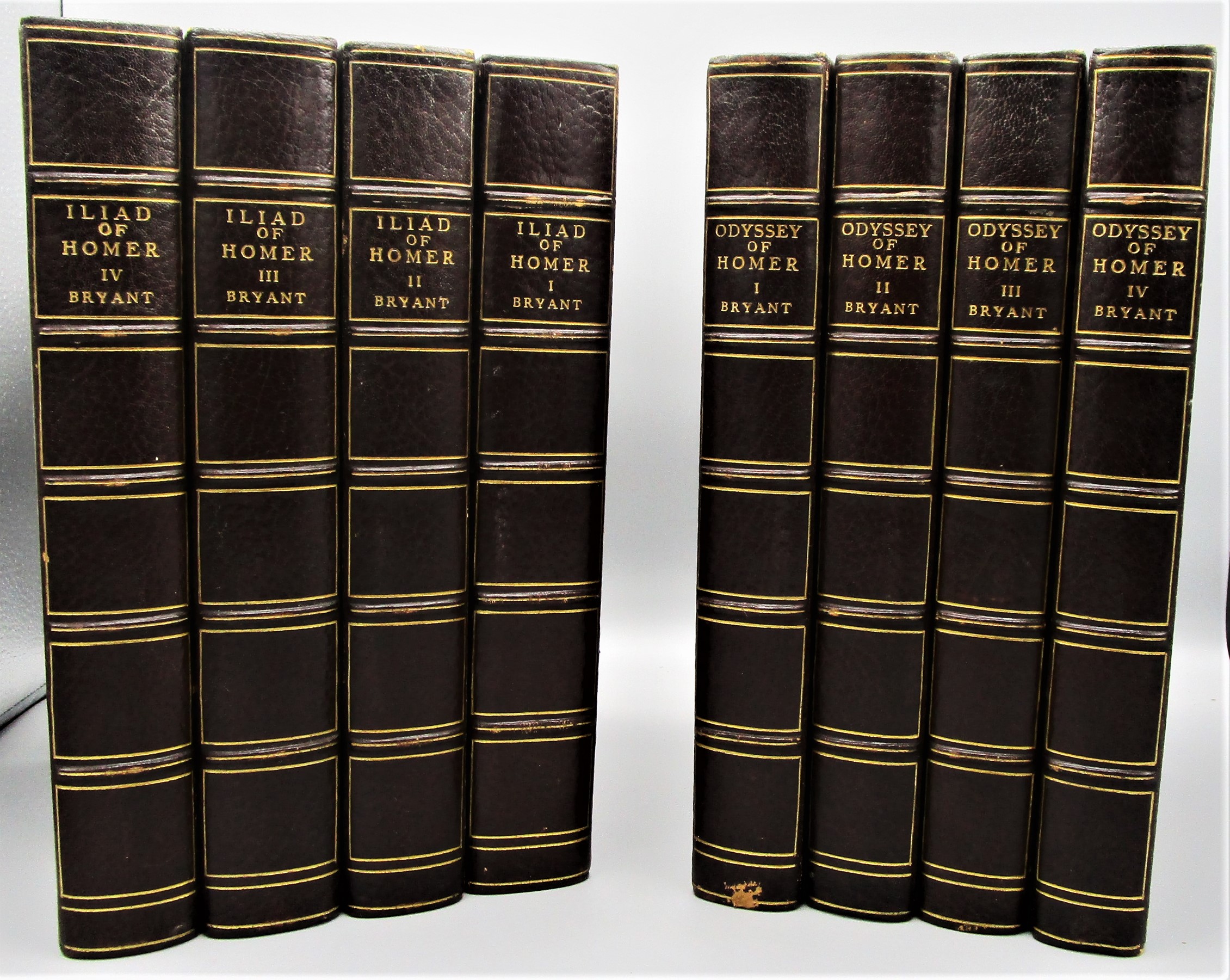 The Iliad & The Odyssey - 8 Volumes

Deluxe Edition features custom three-quarter-leather binding with gilt and five raised bands on spine, as well as handsome blue marble paper on covers and pastedowns. All Volumes have publisher's ribbon bookmark as well as head edge gilt. Each has 2 frontispieces with tissue guards.

Features the illustrations of Flaxman. Translated into blank verse by William Cullen Bryant. Signed "Bound at the Riverside Press" on front fep. All volumes feature two frontises, the first of which is hand-colored, the second being a B&W reproduction. Includes numerous additional plates in text.

The beloved epic poems of Homer rank among the most renowned pieces of literature of all times. The two oldest extant works of Western literature, they are arguably the greatest epic poems ever written. The Iliad and its sequel, The Odyssey, narrate the story of the ten-year Trojan war, and the adventures of the Greek hero Ulysses during his journey home, as well as his triumphant return to Ithaca. They are written in Homeric Greek, and have been translated in various languages around the world.

Homer is the legendary author of The Iliad and The Odyssey, supposed to have been born in Ionia. The works attributed to him are crucial in the cultural legacy of Ancient Greece, and have influenced countless generations of poets, as well as all fields of art from literature to music and cinema.

EDITION POINTS: Deluxe Edition, Custom Bound and Limited to 600 Copies of which this is No. 509.

Sets can be sold separately as four-volume sets, for $400 each. 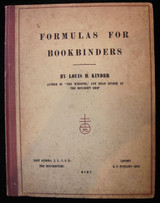 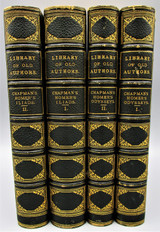 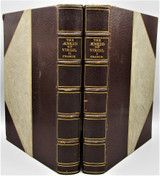