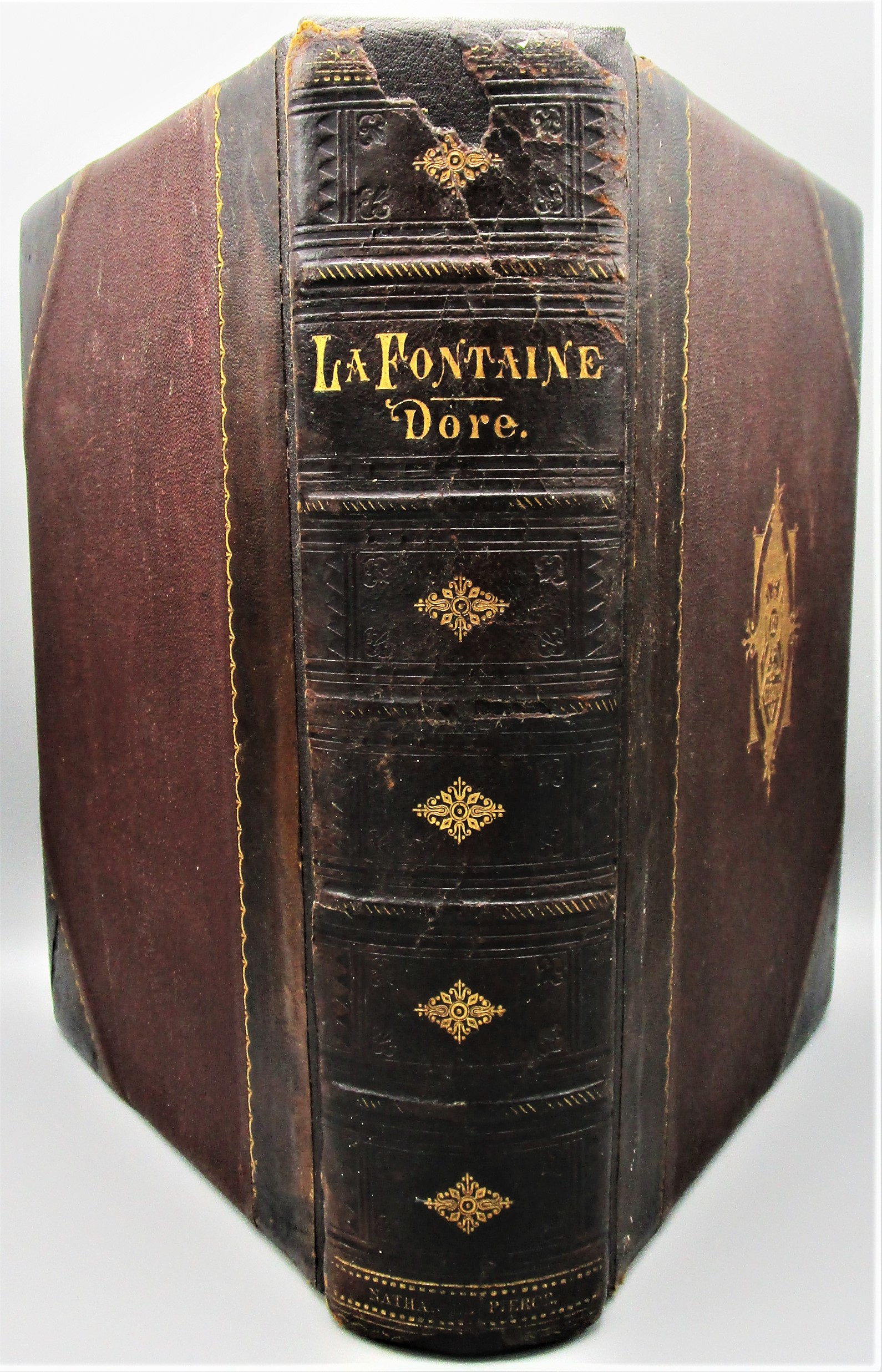 The Fables of La Fontaine

This volume includes a binder's error, described below.

Handsome antiquarian volume is three quarter-bound in leather and features gilt design and lettering on covers and spine, as well as AEG, and five raised bands on rounded spine.

Binder's error: Duplicate of "Eagle and Owl" story and illustration, but missing the pages 297-304, the four-sheet signature that would include the "Stag and Vine." (Price reflects this publisher's error.)

Here is a timeless classic brought to life by the magnificent illustrations of one of the most beloved illustrators of all times. Inspired by Aesop's prose works, the Fables of La Fontaine are as entertaining as they are instructive, and have been treasured through the ages for their beautiful verse, and the lessons of wisdom they teach the young and old alike. Elegantly translated from the original French by Walter Thornbury, they retain in this version all of their original charm.

Jean de La Fontaine (1621-1695) was a French fabulist. One of the most widely read French poets of his century, he became a member of the French Academy and his name has remained illustrious ever since. Numerous pictures and statues of the writer, as well as depictions on coins, medals and postage stamps testify to his fame.

Gustave Dore (1832-1883) was a French artist, print maker, illustrator, comic artist, caricaturist, and sculptor best known for his wood engravings. He illustrated countless classics and works by the most beloved writers of his time - in poetry, novels, short stories, as well as numerous and varied collections. His illustrations for Cervantes' Don Quixote became so famous that most adaptations of the story were influenced for his depiction of the appearance of the two main characters.

Aesop (c. 620 - 564 BCE) was an Ancient Greek storyteller and fabulist. Particularly noted for the collection of fables known as Aesop's Fables, featuring animals and objects with human characteristics such as speech and thought, he is the alleged author of numerous tales that survived through the centuries through oral storytelling traditions.

George Walter Thornbury (1828-1876) was an English author. A journalist by profession, he also wrote verse, and was noted for being the first biographer of J. M. W. Turner. 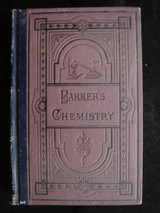 A Textbook of Elementary Chemistry, by Barker - 1870 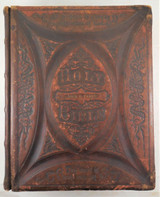 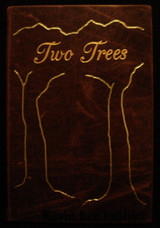 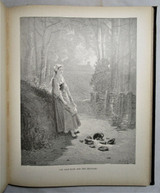