Clipped from a letter. No Certificate of Authenticity (CoA); however, it appears to be authentic. Autograph reads: "Yours very truly, Booker T. Washington, Principal" Last two words of letter are also visible but not very legible.

Booker T. Washington (1856-1915) was an American educator, author, orator, and adviser to presidents of the United States. As one from the last generation of black Americans leaders born into slavery, he was the leading voice of former slaves and their descendants. Between 1890 and 1915 Washington was the dominant leader in the African-American community. He was a key proponent of African-American businesses, gathering African-Americans from all classes and ranks to build its economic strength and influence. A master of political nuances in the late 19th century, he was able to leverage influence through media and financial organizations toward his long-term goal of easing the oppression of African Americans in the post-Reconstruction Southern states of the late 19th and early 20th centuries.

Booker T. Washington was awarded honorary degrees from a number of American universities, most notably the Tuskegee Institute. There he was recommended by  then president, Samuel C. Armstrong, to become its first leader. It is known that he served as principal at Tuskegee as well as at Hampton Institute. This signature could have been from either of those times. [All information taken from Wikipedia]

Sold without returns. Any doubts, DO NOT buy. 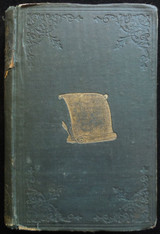 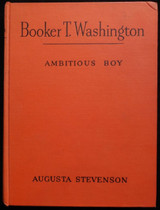